George Millay was born on 4th July 1929. While his Father was in the navy, George's family lived at Pearl Harbor, and he witnessed the 1941 attack. George himself served in the navy for more than three years as a weather forecaster; for part of the time he was on the USS Bairoko. After graduating from the University of California, Los Angeles with a degree in meteorology in 1955, George Millay worked for a stockbroking firm until 1960. He married Anne Real in 1963; they eventually had three sons and a daughter.

In 1958, Millay opened the Reef restaurant in Los Angeles with David Tallichet. He planned to create a submarine bar there so that customers could view sea creatures while enjoying cocktails. The plan failed because the water in the harbor was too cloudy. However, his interest in marine life introduced him to Dr. Kenneth Norris, curator at Marineland. Together with Milton Shedd and David DeMott, they organized the Marine Park Corporation to create a marine park in San Diego. Sea World opened in 1964 and expanded in 1970 with a park in Ohio followed by the Orlando park in 1972. Sea World Inc. opened an amusement park in Valencia California on 29th May 1971 in partnership with Newhall Land and Farming. Officially named "Magic Mountain", the park was designated "Tragic Mountain" by a reporter who was injured there. Sea World did not make a profit on the venture and sold out to its partner late in 1971. Millay resigned from Sea World Inc in 1974 because of a disagreement with his partners over how the company should develop.

George Millay had spent a lot of time at Sea World in Orlando, and he thought that families would enjoy water activities as a break from the Florida heat. He pulled together ideas from a water playground at the Toronto World's Fair, a flume near Sacramento and a wave pool in Alabama, added a children's playgound, restrooms, gift shop and snack bar to create a new concept. He formed the Leisure Marine Corporation to develop his idea. Initially, the company ran the Seven Seas park in Arlington, TX, for a season, but the venture did not develop further. Wet 'n Wild eventually became a reality in Orlando, where it opened in 1977. The company took over the failing Seven Seas park and redeveloped it into the second Wet 'n Wild in 1983 followed by Las Vegas in 1985. Additional sites opened in Garland, TX, Brazil and Mexico. Wet 'n Wild was named the Best of Aquatics for 2003 by Aquatics International magazine.

Millay retired from Wet 'n Wild in 1998, but he continued to work on new projects. He designed and patented a system for moving visitors down into the center of a circular aquarium so that everyone had a good view of the fish. Millay partnered with William Watts and David Powell in creating a company named Sea Venture to sell the system. At the time of his death in 2006, no examples of the system had been sold.

George Millay received Lifetime Achievement Awards from the International Association of Amusement Parks and Attractions and the Themed Entertainment Association, and he was named the Father of the Waterpark Industry by the World Waterpark Association. Tim O'Brien wrote Millay's biography entitled The Wave Maker in 2004.

George Millay founded both Sea World and Wet 'n Wild for which he was named Father of the Waterpark Industry. This collection documents the complicated and not always successful process of building a new waterpark. In addition, the collection contains information on George Millay's other projects and his personal achievements. 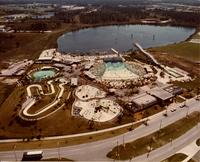 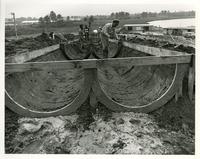 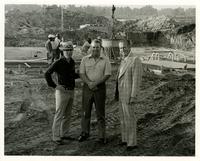 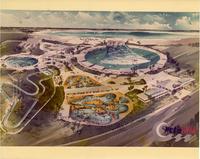 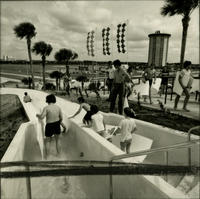 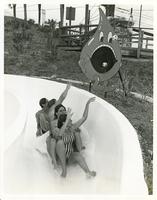